Read more about our scientific and professional backgrounds and why we’re so invested in The Twinkle Factory.

A graduate from the École Normale Supérieure de Lyon, Arnaud specialized in Chemical Biology in the labs of Prof. Kai Johnsson at the École Polytechnique Fédérale de Lausanne, and Prof. Jason Chin at the MRC Laboratory of Molecular Biology in Cambridge, UK. After starting his independent career as Assistant Professor at the École Normale Supérieure in Paris, Arnaud joined Sorbonne University in Paris as Full Professor in Chemistry.  His lab aims at developing Chemical Biology tools to push the frontiers of biological imaging.  Arnaud Gautier was laureate of an ERC Consolidator Grant in 2016 and of the CNRS Bronze Medal in 2017.  Since 2018, he has been a junior member of the Institut Universitaire de France. 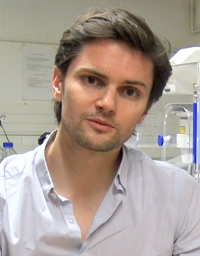 Arnaud is a Chemical Biologist at Sorbonne Université (Paris, France)

“As a chemical biologist, I am interested in using the power of modern Chemistry to develop innovative technologies that can help Biologists solve problems that cannot be solved by traditional methods.”

Ludovic Jullien has been trained as a chemist at Ecole Normale Supérieure (ENS, Paris) and University Pierre et Marie Curie (UPMC, Paris). After his PhD (Prof. Jean-Marie Lehn, Collège de France, Paris) and his post-doc (Prof. Helmut Ringsdorf, Mainz, Germany), he became Researcher at CNRS (Collège de France) and then Professor at Sorbonne Université and ENS. Thereafter, driven by a strong interest for the triple interface between Biology, Chemistry, and Physics, he has introduced technologies for fluorescence probing and sensing, protein photocontrol, and fluorescence imaging.  These innovations led to technology transfer. 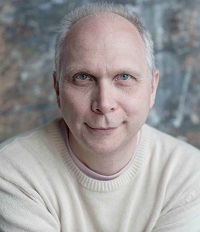 Ludovic is a Physical Chemist at the Sorbonne University & the Ecole normale supérieure/PSL University (Paris, France)

“I have spent my recent times to introduce chemical concepts and technologies to overcome limitations in questioning living matter. Twinkle is therefore a natural outcome to facilitate their broad dissemination to end-users.” 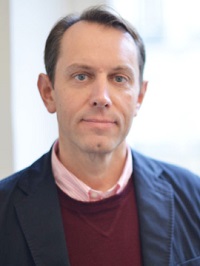 Franck Perez is Research Director at CNRS and Chairman of the “Cell Biology and Cancer” Unit of the Institut Curie in Paris. His group is studying intracellular protein trafficking with a focus on the development of new methods and tools.  As a result, he developed at the Institut Curie automated cellular screening.  Thereafter, he co-founded a High-Content Screening Platform, BioPhenics, with Dr. J. Camonis).  Moreover, his group created a novel protein trafficking assay.  He has also strongly invested on the development of recombinant antibodies for cell biology. More recently, he created a novel antibody library based on a humanized nanobody scaffold and created a therapeutic antibody platform. 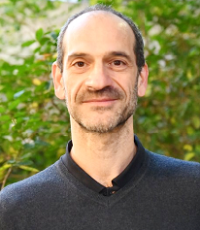 Franck is a Cell Biologist at the Institut Curie (Paris, France)

“We’ve always invested in imaging approaches to study cells in real time. When Arnaud Gautier and Ludovic Jullien introduced FAST and splitFAST, I knew it would be a game changer, opening new routes to fluorescence imaging.”

The development of The Twinkle Factory has been supported by PSL University, our licensor and shareholder, the Regio Ile-de-France, through Innov’UP subsisides, and France BioImaging, our “nest”.