Congratulations to Tübingen on the IGEM 2020 Gold Medal

The Twinkle Factory is happy to congratulate the students of Tübingen on their iGEM Gold Medal last week.  And proud that their PacMn project implements FAST tag in a manganese biosensor in E. coli.  PacMn indeed stands for Phytochelatin-actuated complexation of Manganese.  Phytochelatins are plant oligopeptides which bind heavy metal ions.   The FAST-tagged phytochelatin under the control of a Mn-riboswitch allows for chelation of manganese ions.  As a result, PacMn E. coli allows for both detecting Mn, and moreover binding Mn, thus resulting in detoxification. 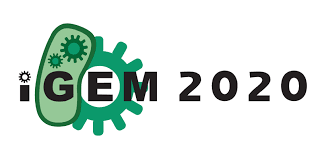 I congratulate the perseverance of iGEM 2020 teams and their mentors in these demanding days!  We have happily sponsored iGEM teams for two years… successful teams!  In 2019 it was Nottingham and their NoTox project who earned the iGEM Gold Medal.  They indeed designed novel tools for the development of anti-Clostridium food packaging.  So dissimilar projects highlight the immense versatility of FAST of The Twinkle Factory.  Looking forward to iGEM 2021!

About The Twinkle Factory

The Twinkle Factory develops the fluorogens for the tag FAST and its variants: splitFAST, frFAST, split-frFAST, greenFAST and redFAST.  These small fluorogenic molecules are indeed required as the protein tags don’t fluoresce, neither fluorogens, until bound together.  As a result, the pair tag:fluorogen then reveals the protein of interest.  Incorporated in Paris, France in 2017, it started selling fluorogens early 2019.  Thereafter, sales have been rapidly spreading worldwide.

The International Genetically Engineered Machine (iGEM) Foundation is an independent, non-profit organization.  iGEM is dedicated to education and competition, the advancement of synthetic biology, and the development of an open community and collaboration.  iGEM began in January 2003 as an independent study course at the MIT where students developed biological devices to make cells blink.  This course became a summer competition with 5 teams in 2004.  It continued to grow to 13 teams in 2005.  Thereafter, it expanded to 353 teams in 2019, reaching 40+ countries and over 6,500 participants.